Going into the water for Jesus

Ork Seyha, 26, teaches English and Computer studies at the OM Cambodia base in Phnom Penh. He encountered OM Cambodia as a young child when he received a Christmas gift pack containing the New Testament from the organisation. After high school, he attended English and computer lessons in OM Cambodia. Today, he not only teaches […] 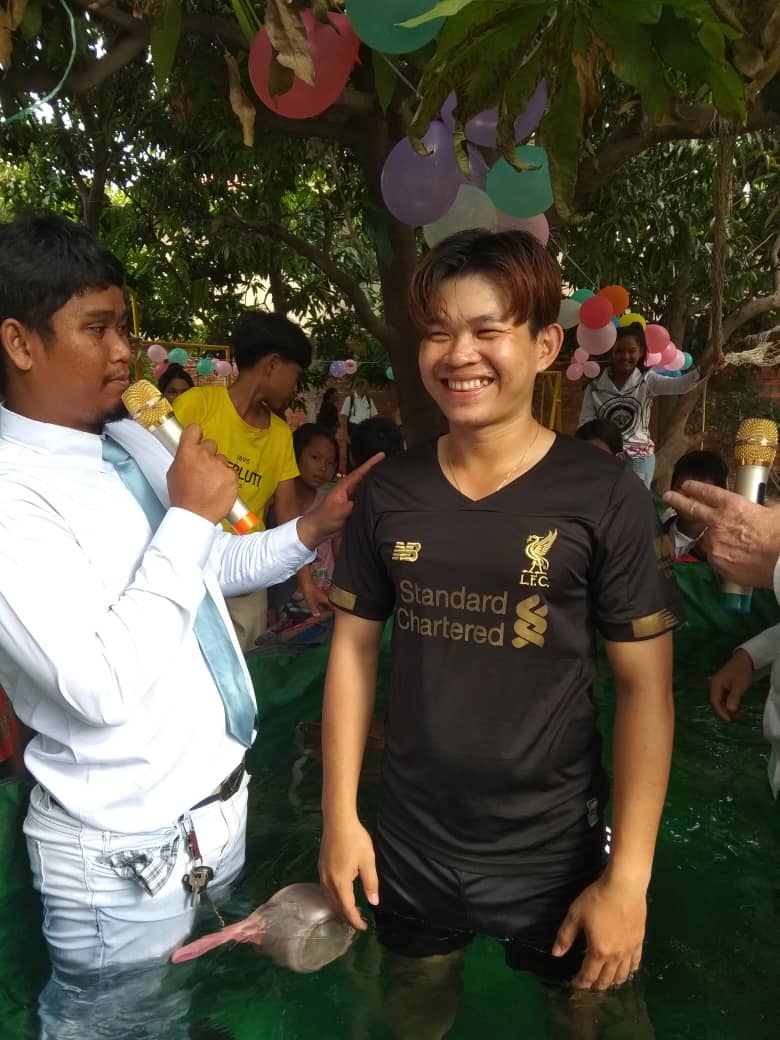 Ork Seyha, 26, teaches English and Computer studies at the OM Cambodia base in Phnom Penh. He encountered OM Cambodia as a young child when he received a Christmas gift pack containing the New Testament from the organisation. After high school, he attended English and computer lessons in OM Cambodia. Today, he not only teaches these subjects, but also coaches the children in football.

On 1 August 2020, Seyha was baptised along with 10 students in the garden of the OM Cambodia base.

“As I went into the water, I felt relieved, peace. I had no burdens. I am not from the world.” Seyha described how he felt when he was baptised.

Some four years ago (in 2016), Seyha attended the Christmas service at the New Life Church. At the service, he decided to give his life to Jesus and serve Him. Before that, he had already heard about Jesus from his time in OM Cambodia.

From that day, he wanted to live his life according to Jesus’ way only. When he told his mother about his decision and that he would no longer give offerings anymore in religious rituals, tears welled up in her eyes.

Seyha’s father died when he was 12 years old. Together with his brothers, he would present offerings to their father as a sign of their love.

When Seyha said he would not be able to give offerings, she had thought that he did not love his father anymore. Later, Seyha’s mother realised that she had misunderstood him and that his faith had not lessened his love for his parents .

After he made the decision to follow Jesus, Seyha started attending the New Life Church. As he grew in spiritual maturity and in the knowledge of Jesus, he desired to be baptised.

“I keep learning the Bible, so I have more faith in Christ. I know that He is really the living God, the true God. I learned from the Bible that once I believe, I should be baptised. I desire to be baptised in New Life Church, but that did not happen.”

He was recounting the time early this year when the church had conducted baptism for their members. Thinking that the baptism was on a Sunday morning, Seyha had gone expectantly to the church but when he arrived, he was told that the baptisms had already taken place the night before. He was very disappointed. Hence when he found out that OM Cambodia was going to baptise some students, he eagerly requested to be baptised as well.

On 1 August, he and the other teachers woke up early in the morning to set up the garden for the baptisms in the afternoon. They found some steel frames from the garage, welded them together and draped a large plastic canvas sheet over the structure. After filling up the canvas sheet with water, they stood back and admired the makeshift “swimming pool”, deep enough for the baptismal candidates to be fully submerged.

The teachers and OM Cambodia staff also spruced up the garden with balloons and cooked a big pot of fried rice, enough for everybody attending the baptism event. That day, they fed close to 70 people, comprising of 50 children and 20 adults!

The students who were baptised, ranging from 12 to 14 years old, are currently attending the English and Computer classes in OM Cambodia. Through the time of attending the classes, they also learn about Jesus. After hearing about baptism during a few Bible lessons, some of the children requested to be baptised. They were given a letter to ask their parents for their consent. The letter explained what baptism meant. Seyha was very puzzled when some of the parents asked if they could be baptised as well. It turned out that they had thought that it was a swimming outing as the Khmer translation of baptism sounded like “going into the water”!

After this confusion was resolved, the parents understood what baptism meant and allowed their children to be baptised. One couple even came to witness the baptism of their child.

During the baptism, several children stood up and shared over a microphone their reasons for wanting to be baptised. Many of them said that they wanted to follow the only God that can save their lives.

Hearing their testimonies, Seyha was reminded of his own faith journey and smiled contentedly. He is finally baptised and publicly affirmed as a follower of Jesus! 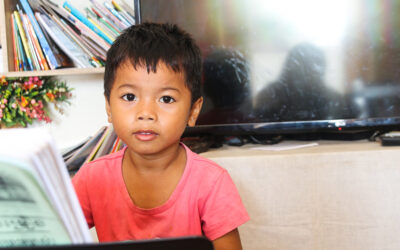 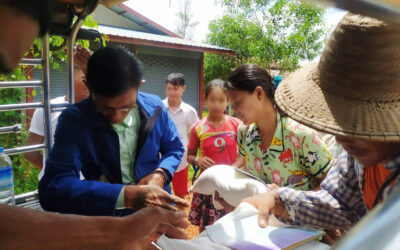 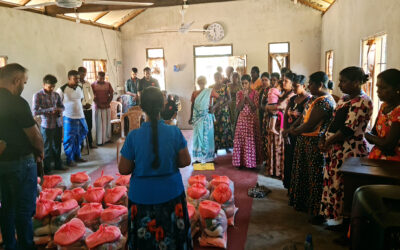